ROBERT PIELKE, a native of Baltimore, Maryland, now lives in Claremont, California. He earned a B.A. in History at the University of Maryland, an M. Div. in Systematic Theology at the Lutheran Theological Seminary at Gettysburg, and a Ph. D. in Social Ethics from the Claremont Graduate School.
He taught on ground and online for countless years at George Mason University in Virginia, El Camino College in California and online for the University of Phoenix. As a professor, he published a variety of articles, including an analysis of political labeling (“Political Typology: A Suggested Clarification” – in Reason Papers), a phenomenological depiction of science fiction (“Star Wars vs. 2001: A Question of Identity” – in Extrapolation and elsewhere), an ethical appraisal of humanity’s eventual encounter with extra-terrestrials (“Humans and Aliens: A Unique Relationship” in Mosaic) and an exploration of sex roles (“Are Androgyny and Sexuality Compatible” in Mary Vetterling-Braggin’s “Femininity” “Masculinity” and “Androgyny” – A Modern Philosophical Discussion – Littlefield Adams & Co.).
Now happily retired from “the job,” he is doing what he always wanted to do since he wrote his first novel at ten in elementary school. It was one paragraph, three pages long and, although he didn’t know it at the time, it was alternate history. Since then, in addition to his academic writings in ethics, logic, and popular culture, he has published short stories in Hard Copies and Phoebe, a feature articles in Cinefex, film reviews for Video Update and both fiction and non-fiction books: an analysis of rock music, You Say You Want a Revolution: Rock Music in American Culture, a boring academic treatise, Critiquing Moral Arguments, a savagely satirical novel on America and its foibles, proclivities and propensities, Hitler the Cat Goes West, and an alternate history, science fiction novel, The Mission.
Most recently, he has updated and revised his book on rock music and it is being republished by McFarland & Co. as Rock Music in American Culture: The Sounds of Revolution. Alternate Dimensions Press has published A New Birth of Freedom: The Visitor, the first book of an alternate history/time-travel/first-contact science-fiction trilogy. The second of the three, The Translator, is soon to be released.
He swims daily, skis occasionally, cooks as an avocation, watches innumerable movies, collects rock and roll concert films, is an avid devotee of Maryland crabs and maintains a rarely visited blog filled with his social and political ravings. His favorite film is the original Hairspray; his favorite song is “A Day in the Life;” his favorite pizza is from the original Ledo Restaurant in College Park, MD; and he is a firm believer in the efficacy of "sex, drugs and rock and roll." Somehow his family and friends put up with him. 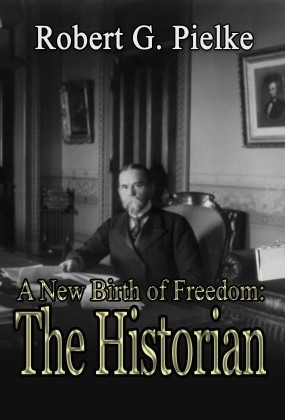 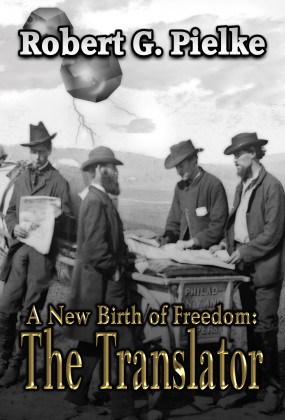 A New Birth Of Freedom: The Translator